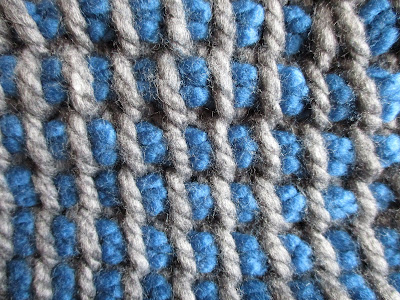 Now this may come as bit of a shock to some of you, but I have already finished the main part of my second Tunisian Crochet project!🤯🤯 I know, such speed is unheard of in these parts but there you are. There are a couple of finishing touches that I really think it needs, so I shall wait until they are complete before writing up a Ta-dah post.        I'm not entirely sure when that will be mind you as it will unfortunately involve - sigh😩 - shopping. I don't really like - sigh😩 - shopping. Never have. It probably stems from trailing around after my Mother and Sister when I was a child and being completely bored. Add to that the fact that I'm not a great decision maker and would often come home in a sulk 'coz I could never make my mind up about what I wanted, other than a Sausage Roll of course, and come home with nothing! Plus I don't like crowds, noise, queues...     So now I have to decide which Tunisian project to start next.🤔 I do have a list of things t
Post a Comment
Read more 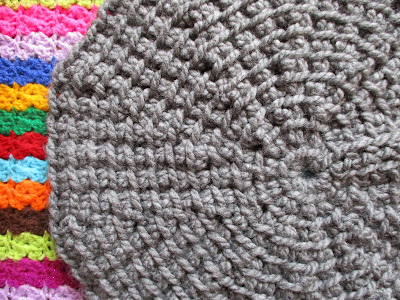 Golly , that Ta-dah post was a long time coming, every time I thought I was nearly through writing it I'd remember something else I was going to mention! And I'm still not sure I've included everything I could have. So I've decided to come up with a Ta-dah Post Template or check-list to help organise my thoughts and make the writing of them a bit more fluid and natural. I suppose it's a bit like writing an evaluation at the end of a project when you're at college. That might be a good way of looking at it.🤔     As I mentioned in the last post, I have started on my next project and like the last one it's Tunisian Crochet. I really am into this technique at the mo' and want to keep learning about it. It's something that I've been thinking of making for a little while now and I'm excited to see how I get on with it because, not only is it going to involve two different hooks, which I know is not that unusual, I will also be using a yarn I&#
Post a Comment
Read more 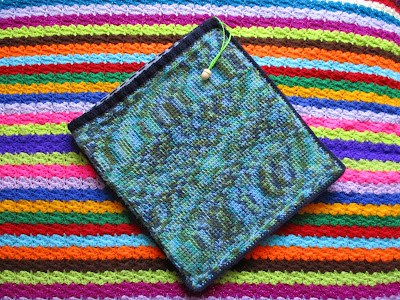 Well , it’s finally finished! A bit later than I was hoping it would be, and if I hadn’t been a little distracted by the Yuletide Blanket at times it wouldn’t be, but it is, now, done! Yay! And here also is my first Ta-dah post of the year. But it’s not only that, it’s also my first Tunisian Ta-dah and, it occurs to me, my first self designed item Ta-dah! Crikey, I’m surprised I’m not having a head rush or something.💫😵💫       You’re probably wondering what it actually is because I know I haven’t told you yet. Well, one of the cool yarny things I like to do is French Knitting🇫🇷, but it usually just gets put in any bag that’s available, usually a carrier, and the resulting cord ends up sort of homeless. But no more! Because I have made a bag especially for French Knitting, and I must say I’m rather chuffed with it!😀       It all came to about because of these re-usable fruit and veg bags you can get from the supermarkets. As soon as I saw them I thought💡, “O
Post a Comment
Read more 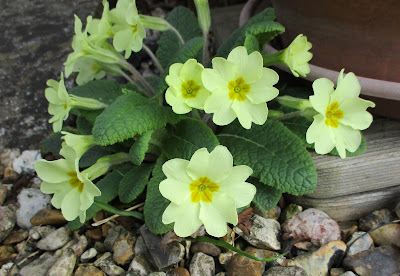 Yes , Spring really has arrived and the weather over the last week proved it, sadly it's now going to get colder again and probably cloudier, meaning we're all going to be back in the doom and gloomies. So here are some Springy pics to cheer us up a bit.
Post a Comment
Read more 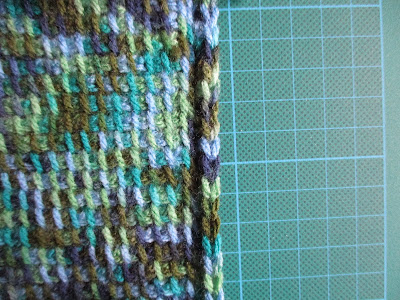 It doesn't seem possible that it's been a month since my first post of the year, it actually feels like a lot longer. How can that be?!😕 Perhaps it's the almost non-stop days of grey gloom and rain we've been having for the past few months. It's so depressing!🌧🌧 Of course over the last few days we've had the 'orrible winds of Storm Eunice (why have we started putting names to storms? It's not as if many of us are going to remember which one did what where and when!) to deal with. It's not been pleasant at all and unfortunately it's not over yet.🌪     As far as my crochet has been concerned there's been ups and downs. I must confess that I delayed myself on my Tunisian project by trying too hard to complete a certain amount of the Yuletide Blanket, which was supposed to be my "filling in the gaps" project rather than a main one, and now of course I've gotten a bit bored of it.😫 That's my way though; spend too much ti
Post a Comment
Read more 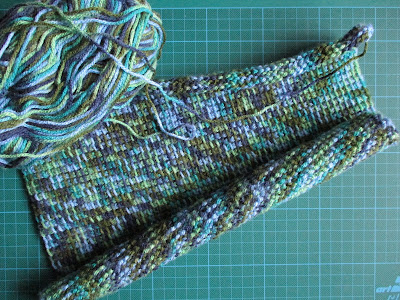 What up peeps? Was you 'avin' it proper boss-like wit' the Jingle-Jingle?     Well, here we are in yet another new year which, let's face it, is probably going to be pretty similar to the last two. (Although, having written that bit before certain recent revelations were made, it could be that the year ends up quite different indeed!)😉😷😱     I'm not entirely convinced that my blog got off to a good start considering that I've had absolutely no visitors for months and only two comments. Perhaps I should have started it in 2020 when so many people were locked-down hither and thither and clicking the net with wild abandon. Okay, I admit that it probably hasn't been the most exciting blog to look at. I didn't exactly get a lot done crochet wise - I am not a particularly speedy hooker - and yes, the photos could be better. And no, there haven't been any free patterns which I know a lot of us are on the net for, but I've been a bit slow on the old s
Post a Comment
Read more

- December 24, 2021
'Coz I'm not entirely sure it feels like it. It just doesn't seem right to me somehow that we're at "that" time of year. How can we be?😕 It was warm a little while ago, golly it was warm just the other day! There are leaves still on the trees, brown I know but still...     I was hoping to get such a lot done this month. I got a few different Christmas-y bits and bobs to make decorations with but I haven't got round to doing anything with them yet. Not even the ones that were supposed to be presents!😖 Oh well, too late now...     To be honest I don't really think I've been in the mood to do them anyway, probably because it just doesn't really seem like Christmas yet.     I have been working on a Tunisian Crochet project though over the last couple of weeks and it seems to be going well, and I am enjoying it.😀 It's very simple and it uses the Simple Stitch but even so, I think it will look quite good when it's done. And it will be
Post a Comment
Read more
More posts

Simon
Just a bloke who likes nothing more than sitting with a couple of fluffy balls in his lap and his favourite hook in hand!